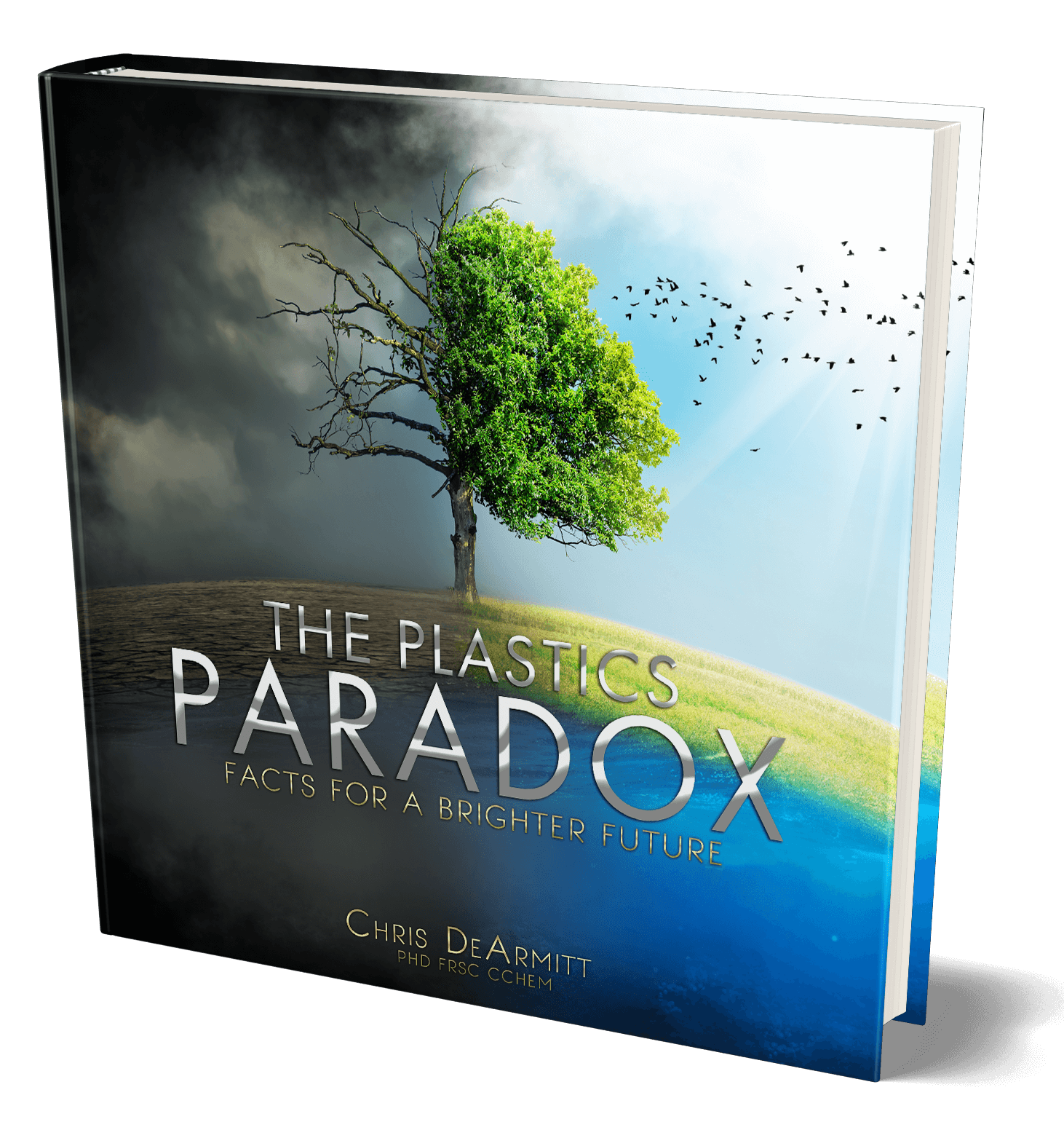 FINALLY – the Truth about Plastics & the Environment

Degradation and degradability are topics that frequently come up when discussing plastics. What does the layperson really know about this though? We’ve been told that plastics take several hundred or thousands of years to degrade. That’s what we see on the web and on social media anyway. Therefore, it might surprise you to learn that scientists have studied the topic in tremendous detail for decades and they know, with certainty, that the exact opposite is true.

Think about your own experiences with plastics and you will realize that you know it too. In my garden is a trampoline with a plastic surround. After two years outdoors the polypropylene plastic faded from blue to white and disintegrated completely. I had to buy a new one. Many of us remember the original plastic garden chairs that would turn white due to micro-cracks on the surface and shortly afterwards, the legs would snap off. There are plenty of other examples. We all know that plastics degrade rapidly, so when a so-called “environmentalist” tells us that they last a thousand years, we should recall our own experiences and reject their absurd claims. 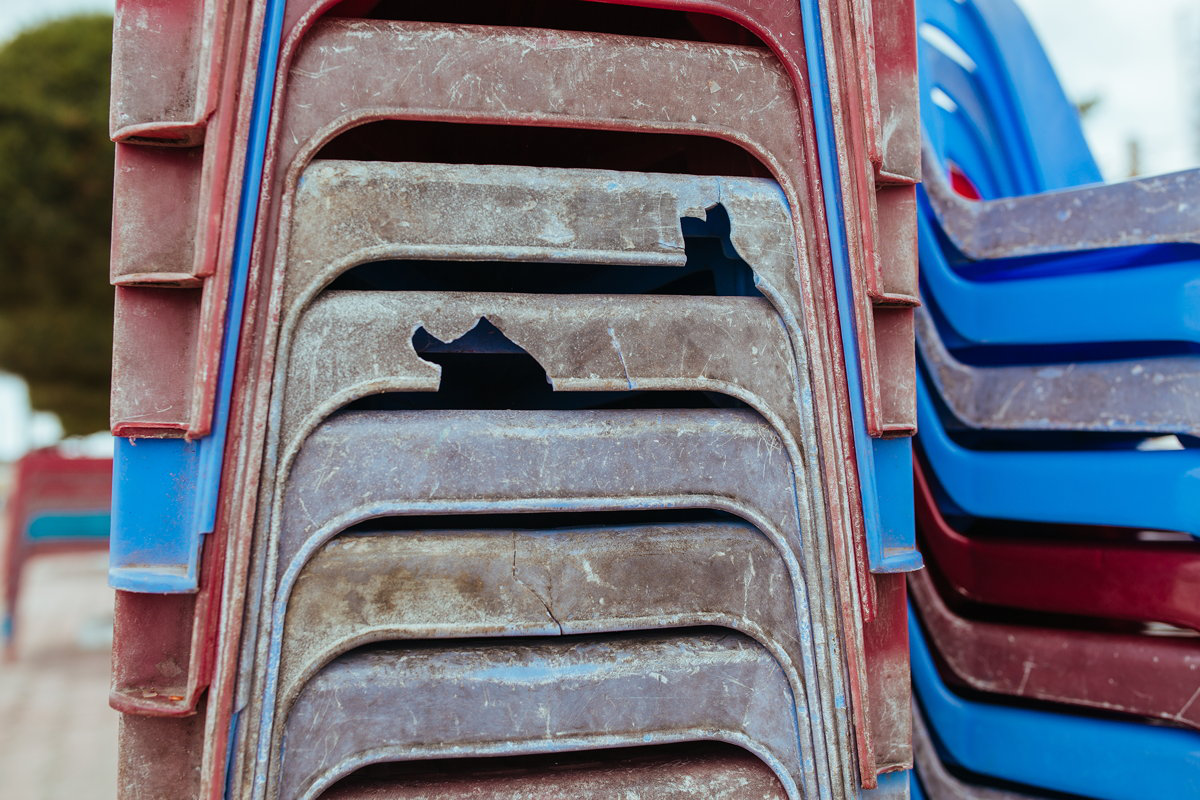 Just as a reminder, here is a picture of polypropylene chairs left outdoors. They are severely degraded and falling to pieces. Please think back on all the times you have seen degraded plastic. Was it a yellowed and opaque headlamp? Perhaps it was a car grille that changed from shiny black to a faded grey. Think about the paint on your house. Paint is after all just a thin layer of plastic. Are you forced to repaint every ten years or so as the paint is attacked by sun and rain, or do you find that the paint lasts hundreds of years as the “environmental” groups claim?

Let’s look at some specific examples. As we can see from the pie chart, the two most common plastics are polyethylene and polypropylene. Polyethylene is used to make plastic grocery bags and reusable food storage bags whereas polypropylene is used for many auto parts and many Tupperware® type containers. Together, they represent over half of the total plastics market, so they are good candidates to consider. How stable are these very common plastics?

Polypropylene (PP) is so unstable that it is unusable unless you add stabilizers to it. In fact, you cannot buy polypropylene without stabilizers added because they have to spray them onto the powder the moment the PP is made. If you don’t, then the plastic is immediately attacked by oxygen in the air and begins to degrade. This has been widely known among scientists for decades. You can easily measure the oxidation of the plastic and it has been verified by teams of scientists around the world. What effect does this oxidation have? Well, a film of PP left in air for one year will lose all its strength and fall to pieces. I bet you are surprised to hear that. Here are scientific, peer-reviewed publications that prove what I just told you. 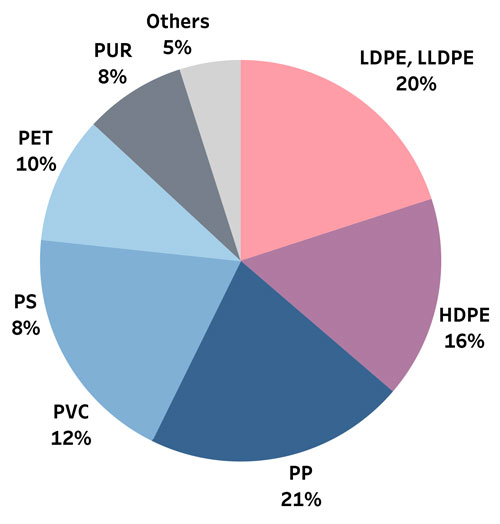 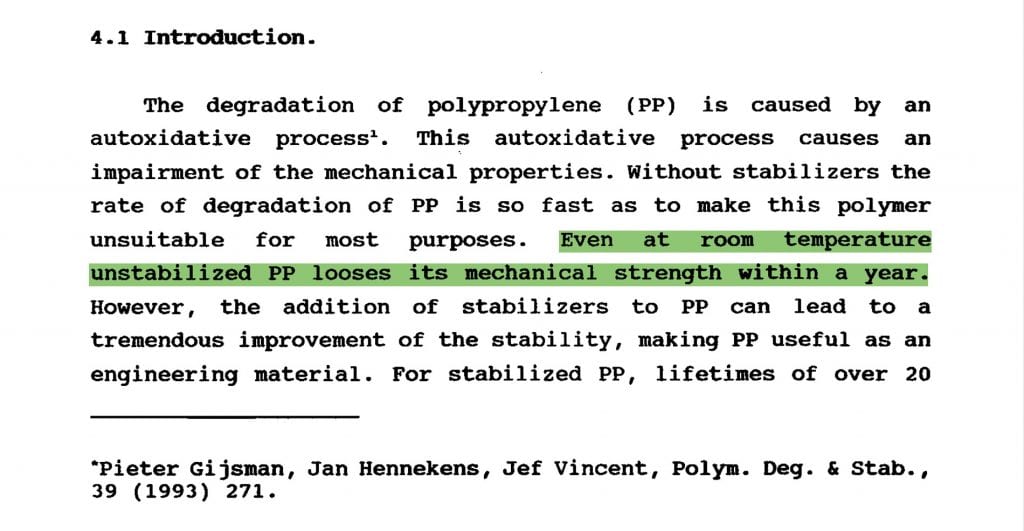 The long-term stability of polyolefins

The Deterioration of Polypropylene By Oxidative Degradation

A Study of the Oxidative Degradation of Polyolefins

Richaud et at. reported that unstabilized PP degraded in about 1000 hours at 40°C.

Gugumus showed that unstabilized PP films failed in 300 hours at 40°.

Sipinen et al. found that unstabilized PP takes up oxygen and begins to degrade in 300 hours at 70°C and they also reported that PP could be made to degrade even more rapidly using small amounts of pro-degradant additives.

So, we now know that one of the most common plastics degrades rapidly even at room temperature. What about sunlight? How does PP behave when exposed to sunlight which contains an ultraviolet component? Scientists found that out the hard way. When PP was first manufactured, they left a pile of PP granules out in the sun. The degradation became faster and faster because it’s a chain reaction that accelerates rapidly. Soon, the pile became so hot due to the degradation reaction that it melted. The melting point of PP is 160°C (320°F), so you can see just how violent the degradation was.

Polypropylene is famous for degrading very rapidly. Remember I mentioned stabilizers a while ago? Well, it is only by adding those that we can use PP at all. By selecting the correct type and amount of stabilizers we can stall the chemistry that degrades PP and end up with parts that last years or even decades. Typically, 0.01-0.05% of stabilizer is used to create the PP parts we use every day. The PP appears stable to us only because of those stabilizers.

What about other plastics? Polyethylene (PE) represents over one third of the market for thermoplastics. How stable is polyethylene? Its chemical structure is very similar to PP, so it should come as no surprise that its stability is similar. Although somewhat more stable than PP, polyethylene also degrades rapidly. We’ve been told that plastic bags are a problem because they don’t degrade but no evidence is ever presented when people tell us that. I’m a scientist, so statements need to be backed by evidence or they are of no value. I looked to see whether scientists had studied the degradation of plastic PE grocery bags. Two such peer-reviewed studies exist and both of them found that the bags loses all its strength and disintegrates in under one year left in the open outdoors. 1000 year? No. Hundreds of years? No. Less than one year!

“This study shows that the real durability of olefin polymers may be much shorter than centuries, as in less than one year the mechanical properties of all samples decreased virtually to zero, as a consequence of severe oxidative degradation, that resulted in substantial reduction in molar mass accompanied by a significant increase in content of carbonyl groups.”

“After 9 months exposure in the open-air, all bag materials had disintegrated into fragments.”

That’s right, even a conventional polyethylene bag dropped on the ground was gone in under a year. Why is it that environmental groups keep repeating the blatant lie that plastic bags last 1000 years?

Martínez-Romo et al. showed that LDPE and HDPE films degrade rapidly and by use of additives they can be made to degrade even more rapidly.

PET is another common plastic and, once again, experiments clearly show that it degrades. See for example:

Physiochemical Aspects of the Environmental Degradation of Poly(ethylene terephthalate)

Even polystyrene, often thought of as resistant to degradation was found to decompose chemically in rather a short time period.

“The WHOI study shows that sunlight doesn’t just cause the plastics to physically break down, however, it also causes them to degrade chemically into dissolved organic carbon and trace amounts of carbon dioxide, at levels far too low to impact climate change.”

The other major plastics are also far less stable than the layperson believes today. In fact, there is a whole monthly journal (scientific magazine) devoted to the topic. It is called Polymer Degradation and Stability and it has been published by Elsevier for decades. This is from their website:

“Deteriorative reactions occur during processing, when polymers are subjected to heat, oxygen and mechanical stress, and during the useful life of the materials when oxygen and sunlight are the most important degradative agencies. In more specialised applications, degradation may be induced by high energy radiation, ozone, atmospheric pollutants, mechanical stress, biological action, hydrolysis and many other influences. The mechanisms of these reactions and stabilisation processes must be understood if the technology and application of polymers are to continue to advance. The reporting of investigations of this kind is therefore a major function of this journal.” 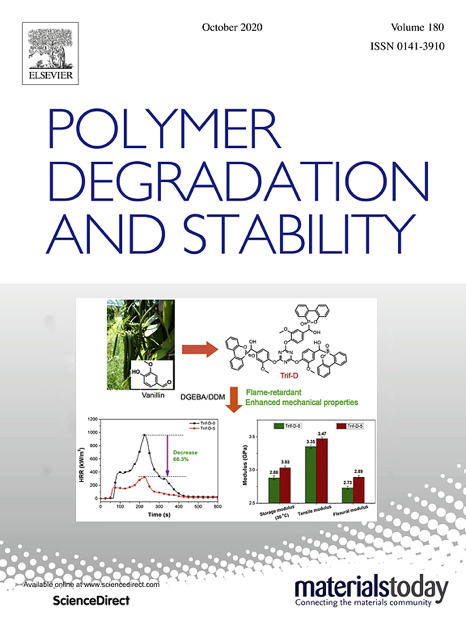 The sales of stabilizers for plastics is about $8 billion per year. If polymers really were indestructible and lasted forever do you really think companies would waste billions of dollars per year on additives to protect them? No, that’s not how industry works. They only pay for additives that are really needed. So, do stabilizers make plastics last too long and prevent them degrading? Well, cheap plastics like PE bags have hardly any stabilizer and are not designed to last long. That’s why they degrade in under a year outdoors. For durable items, more stabilizer is added to ensure a long life and so that the product can be recycled multiple times. 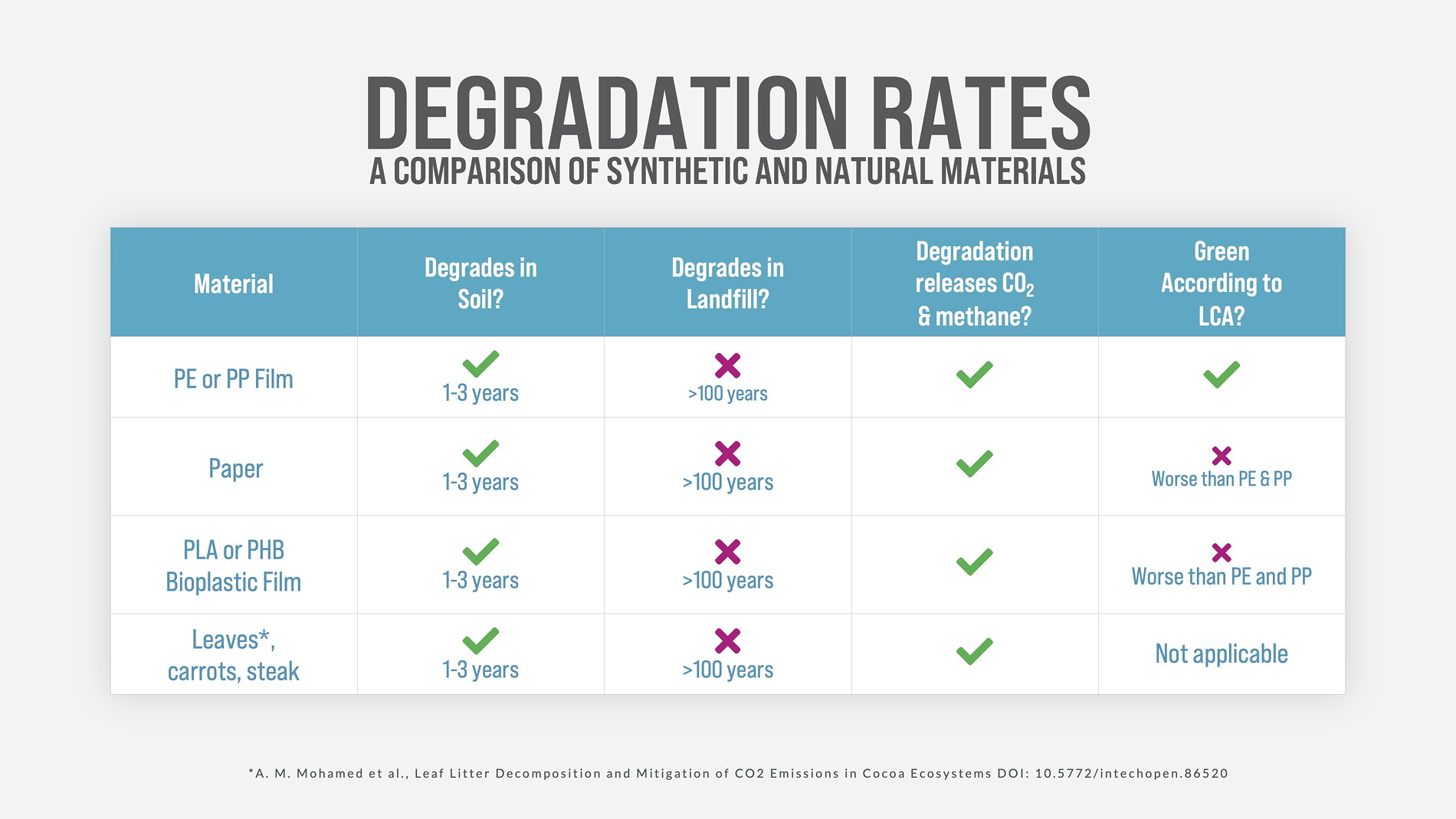 In general, plastics like PE and PP degrade about as fast as other organic material of the same size. So, films degrade about as rapidly as leaves and a larger piece degrades at a similar rate to a piece of wood of the same size. The argument that we need to replace plastics because they last “forever” is not a valid argument but there’s something else to consider. We have seen the plastics fall to pieces rapidly but we can extend their lifetimes greatly with the right stabilizers, so which do we want? Do we want materials to degrade quickly or slowly? To know what’s green we need to look at lifecycle analysis (LCA) which is the only internationally recognized method. LCA tells us that products that last a long time or be reused are greener, all else being equal. It turns out that encouraging degradation is not green, plus the degradation releases lots of carbon dioxide.

You might say that they only degrade into fragments and don’t truly biodegrade. I have seen that argument online many times. But is it true? In a word – no. Plastics like PE and PP do biodegrade and rather rapidly. Degradation accelerates as the particles get smaller as oxygen and bacteria have more surface exposed to attack.

“The results show that high-molecular-weight polyethylene can really biodegrade under bioactive circumstances if the test period is long enough.”

Plastics are attacked by oxygen (in air), heat, sunlight, chemicals and even bacteria. Here are some books all about plastics degradation just to show how big and important this topic is. These books would not exist if plastics really were stable.

It is clear that, once again, the so-called environmentalists have lied to us. I wrote to some prominent groups and pointed out that their websites are incorrect. Did they reply? Did they correct the errors? Do they care about the truth? You can probably guess the answer. 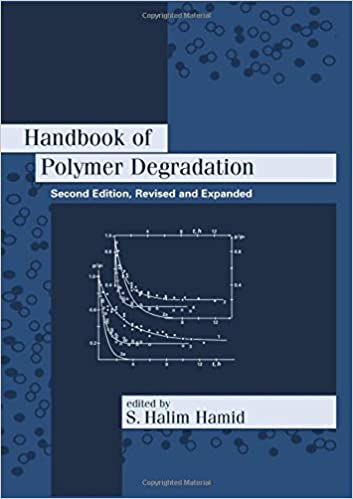 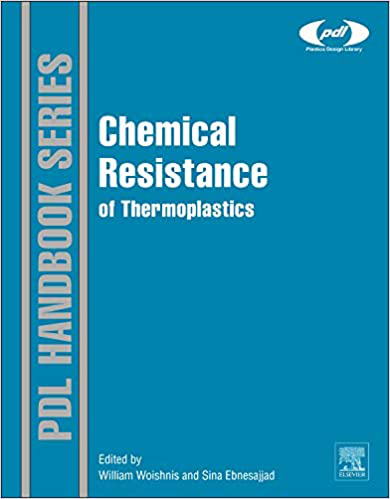 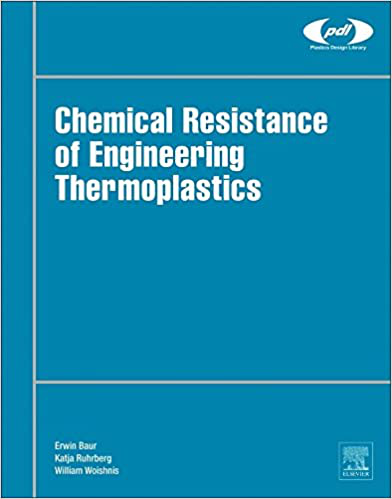 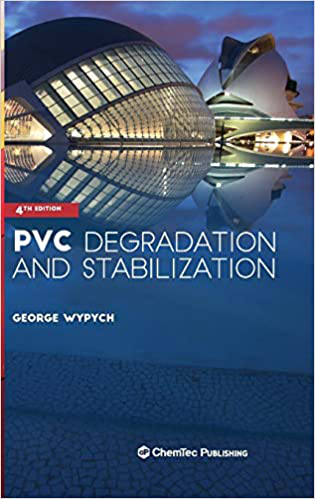 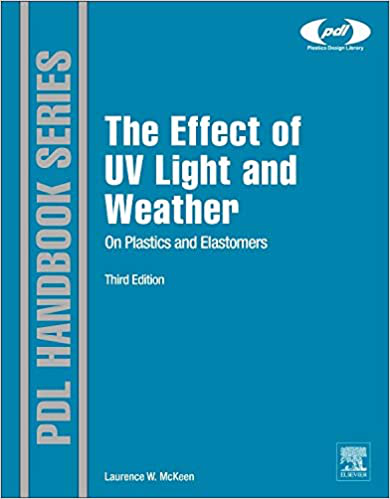 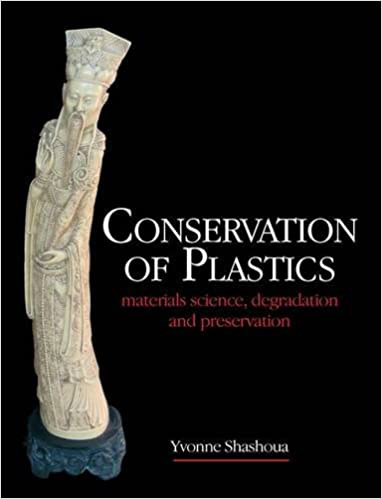 The Plastics Paradox is Out Now!

Got a question? Let me know…